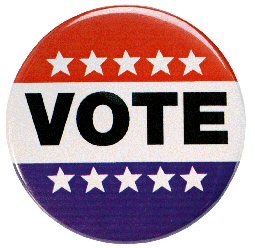 This website is reporting on our two important local elections: the eight seats on the Advisory Neighborhood Commission, and the Ward 2 seat on the Council of the District of Columbia.

Two at-large Council seats are also up in the same November 3 general election. Those will be covered by District-wide media, and are not included here.

Our organization, the Friends of Francis Field, is non-partisan and does not endorse candidates. It does promote voter registration and participation in the civic life of the West End Neighborhood, in which Francis Field is located.

All eight seats on our local Advisory Neighborhood Commission (ANC-2A) are up in November. So far, three of the incumbents have stated that they will not be candidates for re-election. The most important deadline now is that candidates for these eight seats must return petitions by August 5 to be on the November ballot. (See article in July West End Flyer on this website.)

Will Smith, a former chair and one of the most senior members, has decided not to serve another term. Also, the status of Patrick Kennedy, another former chair, is unknown. He ran for the Council seat and finished second. He has not yet announced whether he will run for another term on the ANC. Below is a list of the current commissioners, and what is known about their interntions to be on the November ballot:

A map of the ANC-2A single member districts is available on this website. Each commissioner represents about 2,000 residents, whether they are registered to vote or not.

The Notes and Links section at the bottom of this page provides a reference to the structure, duties, and powers of ANC members.1 The ANC is a non-paid, and non-partisan office. There are no party primary elections for these seats. All ANC commissioners are elected in the general election, for two-year terms.

Because of the Covid 19 situation, this election year has already been complicated by the closing of most of the traditional 144 precinct polling places for the June 2, primary election. The D.C. Board of Elections (BOE) did not perform well in handling mail-in balloting, which was essentially the way absentee ballots have been handled in the past. Those who wanted to vote by mail had to request ballots, and not all requests were filled in time to be cast or counted.

As the BOE reported afterward, "a number of requests were not processed in a timely fashion." For the Special Electin to fill the vacant Ward 2 Council seat, the BOE changed its rules with little advance notice, and mailed ballots to all registered voters in Ward 2. (See article in July West End Flyer on this website.)

Exactly what the voting situation will be in November, or how many polling places will be open, has not yet been determined. At this time the Covid 19 situation is not clear either. For updates, see link to BOA website at bottom of page.2

Council of the District of Columbia, Ward 2

This has been an interesting election so far, with the indcumbent, Jack Evans, resigning in January the seat he had held for 29 years. The last few months of the campaign by eight candidates, was virtually locked down by the Covid 19 situation in terms of tradional campaigning.

This website and the Flyer have reported on this race and the unusual voting situation with no polling place in our West End Neighborhood during the June 2 primary election and the June 2 special election.3 Below are the candidates who have so far qualified for the November 3 general election ballot:

Other candidates may qualify for ballot status by taking out and returning petitions with the required number of signatures. See the BOA wesite link below.4

The three candidates above have qualified for ballot status in the general election by winning their party nominations in the June 2 primary.

Party registration in the District greatly favors Democratic Party candidates. In Ward 2, for the June 2 primary, there were 31,619 voters whose party registration was Democrat, 5,143 as Republican, 248 as Libertarian, and 221 as Statehood Green. Pinto thus is an odds on favorite to continue to hold her new seat, and there is at present little suspense in that race.

01. See “About ANCs,” on the District of Columbia government website.

02. District of Columbia Board of Elections website. This should be updated with polling places that will be open, and instructions for requesting mail-in ballots if necessary. The BOE is also considering mailing ballots to all registered voters.

04. District of Columbia Board of Elections website. Due to the Covid 19 situation, the number of signatures required for ballot status has been reduced for all offices.

About the Council. A page from the website of the Council of the District of Columbia that explains its structure, powers, and services. This also has a link to the Council Handbook, which is also quite informative.

ANC-2A Map. Shows the boundaries of the eight single-member districts in this ANC.

Ward 2 Boundary Map. A large map in PDF format from the D.C. Office of Planning.